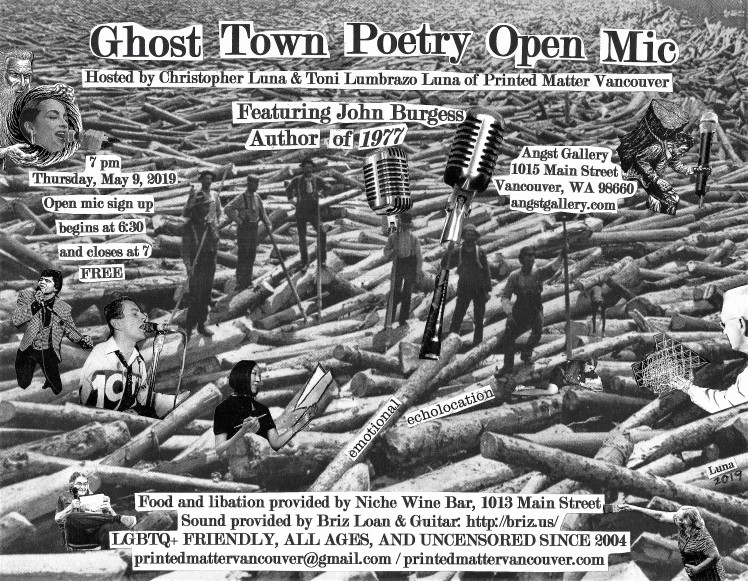 John Burgess grew up in upstate New York, worked on a survey crew in Montana, taught English in Japan, and since 1985 has lived in Seattle, where he works for an insurance company. Past glories include: 2006 Jack Straw writer; co-founder of the original Burning Word Festival; 2008 Words’ Worth curator for the Seattle City Council; and past Board president at Hugo House, Seattle’s creative writing center. He’s a co-instigator with the Band of Poets. He has five books of poetry, some with maps and drawings, from Ravenna Press: Punk Poems (2005), A History of Guns in the Family (2008), Graffito (2011), “by Land…” (2015), and 1977 (2018).

I sing in praise of destitute dogs,
for days of melancholy rut
snouts bowed subservient
dissonance from the gut—