LGBTQ+ FRIENDLY, ALL AGES, AND UNCENSORED SINCE 2004 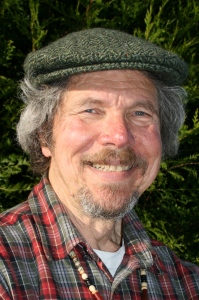 Peter Ludwin is the recipient of a Literary Fellowship from Artist Trust and the W.D. Snodgrass Award for Endeavor and Excellence in Poetry.  His first book, A Guest in All Your Houses, was published in 2009 by Word Walker Press.  His second collection is Rumors of Fallible Gods, a two-time finalist for the Gival Press Poetry Award that was published in 2013 by Presa Press.

His new book, Gone to Gold Mountain, was published in 2016 by MoonPath Press and subsequently nominated for a Washington State Book Award.  In May, 2017 the Before Columbus Foundation nominated it for an American Book Award.

A fourteen-year participant in Mexico’s San Miguel Poetry Week, where he has studied under such noted poets as Mark Doty, Tony Hoagland, Joseph Stroud and Robert Wrigley, Ludwin was the Second Prize winner of the 2007-2008 Anna Davidson Rosenberg Awards.  In 2010 Soundings Review named him its Reader’s Choice winner in the spring/summer issue.

Most recently, he was the 2016 First Prize winner of The Comstock Review’s Muriel Craft Bailey Memorial Award, the Second Place winner of the 2016 Paulann Petersen Poetry Award, and a finalist in poetry for both the 2016 Tucson Festival of Books Literary Awards and the Pangaea Poetry Prize.   A multiple Pushcart Prize nominee, he received nominations in 2016 from MoonPath Press and Connecticut River Review.

His work has appeared in many journals, including Atlanta Review, The Bitter Oleander, The Comstock Review, Crab Orchard Review, Nimrod, North American Review and Prairie Schooner, to name a few.  A world traveler who has journeyed by canoe to visit remote Indian families in the Amazon Basin of Ecuador, hiked in the Peruvian Andes, thumbed for rides in Greece, bargained for goods in the markets of Marrakech and Istanbul and survived debilitating illness in China and Tibet, he is also accomplished on acoustic guitar and autoharp.  He lives in Kent, Washington, where he works for the Parks Department.