and a silent art auction with Kelly Keigwin and Sam Mackenzie

Local poet Jenney Pauer will read from her new book Serenity In the Brutal Garden (published by Printed Matter Vancouver). All proceeds from the sale of the book will go to help Ryan Woods, whose family is facing considerable medical bills due to his terminal illness. There will also be live music from Sarah Arslanian of Ladytown, as well as a silent auction of donated art by Kelly Keigwin and Sam Mackenzie. Join us for all this and a raffle, amazing coffee, and many good people who love poetry, music, and Ryan.

According to Jenney Pauer, “Ryan is a pastor and a community activist.  Before his illness, he was one of the leaders in a movement in downtown Vancouver where local residents were trying to strengthen the sense of community in the area.  Before he was even twenty-seven years old, he and his wife, Jessica, started a couple of new churches and he was a coordinator for numerous community philanthropic work such as Compassion Vancouver.  He also hosts a weekly community dinner called The Arnada Community meal.  Ryan also writes a very popular blog called Musings From the Ground Up (http://www.grassrootsconspiracy.com/blog/) where he has been writing candidly about how cancer has affected him, his family, and his community.”

According to Northwest spoken word legend Jack McCarthy, “If George Eliot were alive today and writing poetry, she would sound a lot like Jenney Pauer. There is an unforced elegance in virtually every line she writes. My immediate response is to stand back and salute.” Jenney Pauer is a graduate of Southern Methodist University, where she studied theater and English literature. After serving four years in the United States Army as a Korean linguist, she obtained a Secondary English Education degree from the University of Wisconsin-Madison. Before moving to the Pacific Northwest with her dog and cat in 2008, she taught high school English along the border of Arizona and Mexico. Recently, Jenney co-wrote a short film, Nico’s Sampaguita, accepted into the 27th Annual Asian Pacific Film Festival in Los Angeles, and soon to be released by Sacred Fire Films in San Francisco, California. This is her first book. 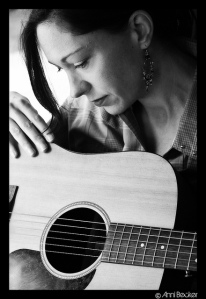 Performing as Ladytown since 2003, Sarah Arslanian has performed throughout the Unites States and her songs have been played internationally. Sarah has released two albums to much acclaim: Ladytown (2003) produced by Bernie Larsen (David Lindley, Lucinda Williams, Melissa Etheridge) and Thirty-Nine Nineteen (2006) – produced by Aram Arslanian (Lisa Marie Presley, Rilo Kiley, Watson Twins). Sarah has recorded and collaborated on numerous projects, working with such notables as Mark Fosson (Bum Steers) as well as providing vocals as a member of the Bright Mountain Choir for the indie rock phenomenon The Mountain Goats.

Since the age of thirteen, when she first learned how to play the guitar, the gutsy singer-songwriter Nicole Sangsuree has been composing and performing songs to captive and enamored audiences all along the west coast. It began with impromptu performances in her middle school locker room but eventually brought her onstage to local festivals such as MusicfestNW, Folklife and the Willamette Valley Folk Festival. Her melodies are fresh, her lyrics intelligent and her soulful voice can move from fierce to tender in a brief moment. Her theater background and a passion for telling the truth color her live performances, which are always sexy, powerful and humorous. Onstage, she has been honored to play alongside musicians such as Styx, Alix Olson, Chris Pureka, Toshi Reagon and Michael Glabicki (of Rusted Root). Another highlight of her career was starring in the indie feature film “Down and Out With the Dolls” where she acted alongside Lemmy Kilmister (of Motorhead) and Canada’s triphop artist Kinnie Starr. Check out the film’s website: http://www.facebook.com/l/RAQGvReJiAQGWeL1ikmrZT4yphJIuC6LVtn4WR2Xs1-6Tdg/www.dolls-themovie.com

Born and raised in Portland, Sangsuree believes in the power of art to make positive social change and is a champion for supporting local, sustainable and thriving communities. She has volunteered at Portland’s Rock ‘N Roll Camp for Girls, taught songwriting classes for youth, frequently plays at Portland area farmer’s markets and understands the value of supporting local talent. Her debut album “So Much Has Bloomed”, recorded at Portland’s Mississippi Studios, is available for purchase online at http://www.facebook.com/l/ZAQG_b1X-AQFK2Fd_5PiVqc-NwkSP7JLkr6-RufDxZyY8Hw/www.cdbaby.com and at her live performances. For the next few months, she will be focusing on an exciting new project. She is starring in the independent feature film “Ruby by The River” which will showcase both her acting and musical talents. More details and photos at http://www.facebook.com/l/4AQG9rx_sAQH29EayZt4vPn-ynEUd45ctSJChSFxPFEbbCg/www.rubybytheriver.com