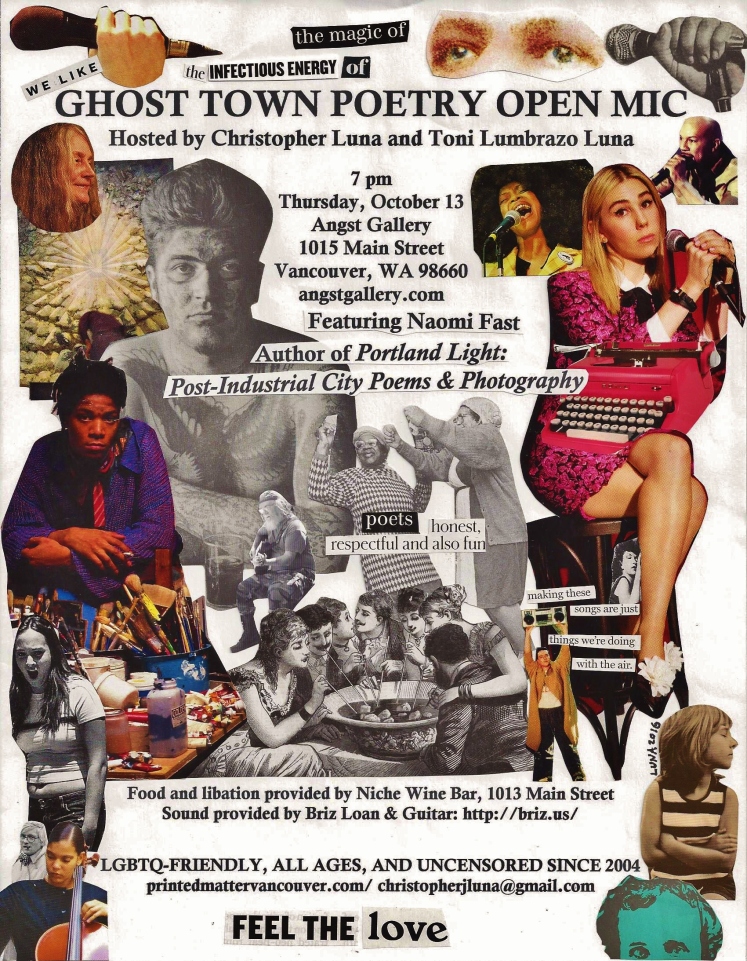 LGBTQ-FRIENDLY, ALL AGES, AND UNCENSORED SINCE 2004
angstgallery.com

Naomi Fast is an American poet, artist, and photographer who grew up in California, Brussels, and Zaire (now known as the Democratic Republic of Congo). Ms. Fast earned her MA in Writing from Portland State University, where she won an Academy of American Poets Prize and the Shelley Reece Award. Her poetry has been published around the U.S. in various journals and anthologies including Empty Shoes and VoiceCatcher, a journal featuring women authors and artists of the Pacific Northwest. In addition, her poem “Kajiji Fires” was nominated for a Pushcart Prize. The poems and photographs in Fast’s Portland Light: Post-Industrial City Poems & Photography, provide a glimpse into the Rose City’s evolution over a ten-year period.

According to Naomi, “I consider my Portland Light poems to be ‘light’ in language, length, mood and tone—they are, if you will, ‘language snapshots.’ My hope is that they also reveal bits of a city that aren’t readily seen unless we shine a light on them.”

We photograph the bronze moon
in increments.
Planets collaborate
enlightening our address
with sun and moon’s embrace.

We’ve lived rivers and oceans of years
but it only takes one
cloudless September night
to eclipse them all,
to reveal with a flash
this naked moment
of our sameness.