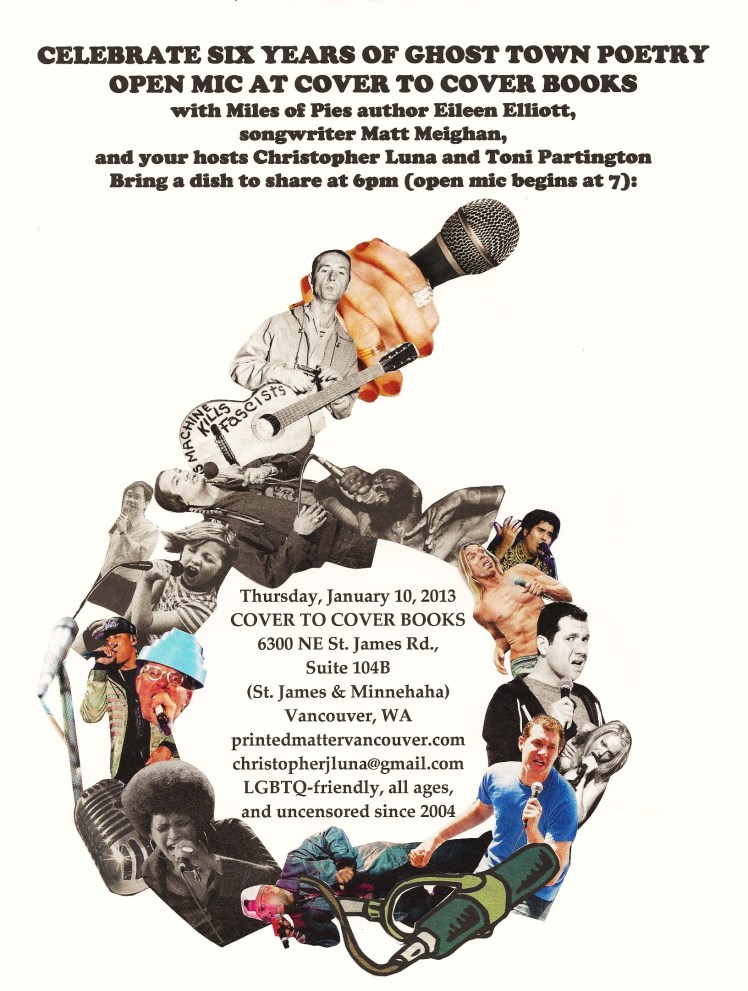 Printed Matter Vancouver would like to thank the following businesses and individuals for making 2012 another great year for poetry in the ‘Couve: The Catalyst, Everybody’s Music, Leah Jackson (Angst Gallery and Niche Wine and Art Bar), Mint Tea, Moe’s, One World Merchants, Pop Culture, and Urban Eccentric.

In addition, we owe a debt of gratitude to the many poets who have moved and entertained us at the open mic—without your continued participation and support, we would have nothing to celebrate.

Finally, our thanks to Mel Sanders for staying open late once a month and for her undying commitment to local writers. 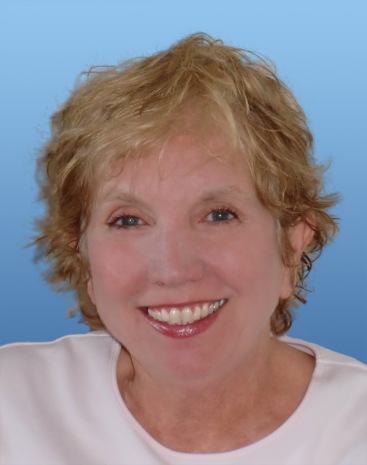 Eileen Davis Elliott works as a poet and visual artist after retiring from a career in mental health and education. She has consistently focused on themes of struggle and redemption of the human spirit in whatever state it finds itself; trying to find personal meaning or while interacting with other souls. She has two books of poetry: Prodigal Cowgirl and the newly released Miles of Pies. Her most current writings have focused on how autism affects families. She is also doing a series of prose poems about life in Mexico, for a chapbook with the draft title Pobrecitos. Her art quilts tell stories about the people who receive them and she hopes they give warmth and comfort. She also likes to feed people and have long, lingering conversations while the dirty dishes wait for later. 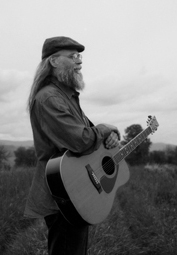 “Though the way ahead never did get clear, I guess we made it after all” sings Portland songwriter Matt Meighan, and the experience of miles traveled is easy to hear in his music. Drawing on his years as an activist, journalist, parent and poet, Matt writes tradition-steeped, thought-provoking songs that are at turns personal, political, poignant and funny, infused with a philosophical bent and an audible love of language.

A song collector as well as writer, Matt mixes his originals with songs by fellow songwriters as well as older songs from the folk and blues traditions. His commitments to good writing and “truth-telling” are clear in the songs he chooses and the songs he writes, many of which are performed by other songwriters. He is currently recording his second CD, Long Way ‘Round.

Matt’s engaging, relaxed performance style and fingerstyle acoustic guitar make him an ideal performer for house concerts and similar listening venues. He also performs as a duo, with Sherry Pendarvis on upright bass, and adds a fiddle or mandolin player to perform as a trio.

After earning an MFA in poetry at the Jack Keruoac school of Disembodied Poetics (Naropa University) in Boulder, Colorado, Matt turned his hand to songwriting and became a signifcant part of the Boulder acoustic music scene, organizing monthly songwriter gatherings and hosting numerous songwriter showcases. In 2003 moved to Portland, where he performs regularly, teaches a popular “Songwriting as Truth Telling” class, and hosts the weekly Songwriter Roundup show at Artichoke Music.

Matt began playing songs while still in high school in Chicago in the 1960s. His musical education began at the Old Town School of Folk Music and haunting the blues and jazz clubs of 1960s Chicago. He has since traveled the world with his music, performing in venues and on street corners across the U.S., Australia and Italy, and has regularly brought his songs to the pubs of Ireland over the last 20 years. He and his wife Nancy met at the Kerrville Folk Festival in Kerrville Texas, which they attend every year. Since moving to Portland Matt has become both a popular performer and an ardent supporter of the Portland-area acoustic music community.